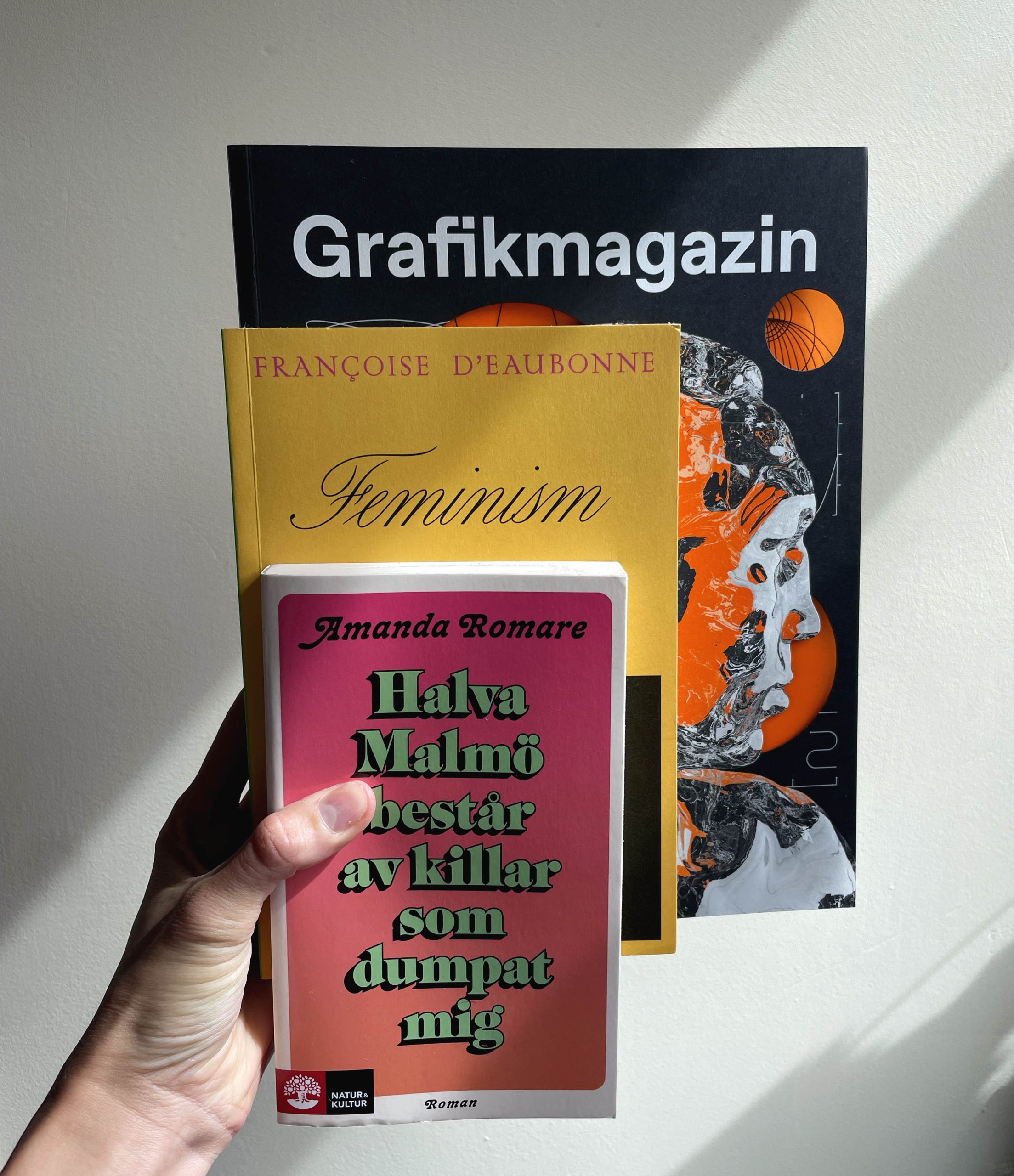 Thinking out loud while reading

Last weekend, we celebrated my partner’s birthday in Malmö, just a short train ride across (the ever so) marvellous bridge to Sweden. I was impatient and couldn’t wait for the perfect bookstore. Instead, I settled for the nearest, a mall store deprived of anything resembling charm, but it still did the job. Four paperbacks (I adore countries that still make them!) later, I opened the first in a wine bar across the corner. “Half of Malmö consists of guys who dumped me” is the debut novel of Amanda Romare. I was hooked from the first sentence, “Här sitter jag och skiter.” (Here, I sit and shit) A sentence that didn’t match the charming surroundings of my sunny spot on the streetwalk but still managed to reconnect with my first love: Bridget Jones. Funny, dark, honest. I used to love it.

A little more than halfway, I realise that 1) Bridget Jones was better and (the far more unsettling realisation) 2) I think I may be over it. While dates turned disasters create funny (and tragically funny) stories and probably have a lot to say about our neoliberal way of establishing and nurturing relationships with other people, it just doesn’t have me hooked. However, I’m still working on my bad habit of not finishing books, which, at this point, is the main reason why this novel based on diary entries stays on the nightstand for another +100 pages. Well, that and the fact, that is isn’t so bad as a easy read for balance.

I finally got my hands on the new issue of the German Grafikmagazin. And in this case, I literally mean: got my hands on it because it feels so good. And I certainly feel good in the company of fellow paper geeks. Grafikmagazin is a reasonably new publication on graphic design, typography, printing, and paper. And this issue hits all the right spots, even for someone like me who only just knows her way around InDesign. At its core,  design is communication. And while I may not speak the language fluently, I recognise its significance. Not just in terms of aesthetics, but just as much in function: How do we create better and more sustainable paper productions? And how do we communicate better to counteract the mechanisms of fake news? Those are questions that the second issue of 2022 asks and partially answers.

#3
Feminism or Death
by Francoise D’Eaubonne
Originally published in 1974
Published in English by Verso Books, 2022

“A society in the feminine would not mean power in the hands of women but no power at all. The human being would be treated as a human being, not as a male or female.”

Does it make sense to read a nearly 50 years old book about ecology and feminism? Does the world that served as a context for the book's writing even work the same way today? Sadly, in many aspects, yes. The first English translation of the French feminist Françoise d'Eaubonne's Le Feminism ou la mort is still worth reading. Especially when equipped with thorough and thoughtful forewords and introductions as this issue, released by Verso, offers. Sadly, especially the chapters about women's right to decide over their own bodies are acutely made topical again by America's inhumane shift in legislation. So, I had to skip ahead. And here it is: Written just a year before abortion was legalised in France, a chapter repeating the strong voices against abortion. But this time, it didn't read as a document of history but an echo of the present. D'eaubonne is engaged in the interconnectedness between power, women's rights, and ecology and offers a different way of thinking about everything simultaneously. Because feminism and climate justice aren't two subjects today, they're linked in more ways than I think we would like to know.

Find more about the book here.

A word is never just a word.